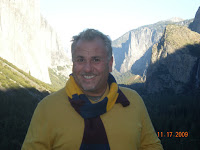 Championed by Representative Darryl Rouson (D- St. Petersburg), the groundbreaking legislation that is now law will provide the Florida courts the responsibility to assess risk factors associated with a potential parental child abduction and further allows for judges overseeing high-risk cases of potential abduction to issue court orders that will prevent a child’s abduction from occurring.

Representative Darryl Rouson issued the following statement immediately following Governor Crist’s signing moments ago, “I am extremely pleased to announce that as of today, my dream and goal of creating law that would help prevent our state’s children from experiencing the nightmare of child abduction is now a reality. As abduction cases in our state and the nation continue to increase at alarming and unprecedented levels, it has become apparent that the combative way to prevent this epidemic from spreading was to create a sweeping law that will aid the courts in protecting our children. The ‘Child Abduction Prevention Act’ certainly does this. I would like to thank Governor Crist and all of my fellow lawmakers, including child advocate Senator Eleanor Sobel, for realizing the importance of this law. The significance of this new law in Florida should be a lesson for all states presently considering child abduction prevention legislation; it is critical to the children of every state to have preventive laws in place that will protect their well being. I would also like to thank Carolyn Ann Vlk, the astute writer of the ‘Child Abduction Prevention Act’ for her tremendous leadership in writing such a sweeping law, and, I would like to also acknowledge Peter Thomas Senese for his substantial advocacy in support of our state’s new law. Today is a great day for the children of Florida.”

Senator Eleanor Sobel (D- Fort Lauderdale) previously stated, “Abductions are incredibly damaging and can haunt a child for the rest of their lives. This new law will keep Florida’s children safe from these potentially devastating experiences… abductions out of the state or the country can be extremely harmful to children. It is also nearly impossible to locate and return a child who has been taken to a foreign country. The safest and most cost effective approach is to simply prevent an abduction.” Florida’s new law does exactly that.

Peter Thomas Senese, the author of the highly anticipated book on international parental child abduction titled ‘Chasing The Cyclone’ and one of the lead child abduction prevention advocates who actively championed for the passage of the legislation into law added, “Child abduction prevention laws such as Florida’s breakthrough ‘Child Abduction Prevention Act’ are the lines of first defense against the pandemic of abduction sweeping our nation and the world. There are many unique components that make the legislation that Carolyn Ann Vlk wrote that Florida’s legislative branch and Governor Crist enthusiastically supported that is best measured by the unprecedented and historical act that this bill was unanimously passed into law. One of the unprecedented components of this law that uniquely stands out is that courts now have the opportunity to seek the assistance of the Department of Homeland Securities’ ‘Prevent Departure Program’ that is implemented via the Department of State in potential international child abduction cases. So in a certain sense, the Florida law, in my eyes, is actually the implementation of two laws: one is a new state law, and the second is for more awareness and use of a present federal law few individuals are aware exists.

“Now with the passage of this historic law, I hope that other states, including California and New York will update or pass new legislation that will protect our nation’s children from abduction. According to an extensive report on abduction trends Carolyn Ann Vlk and I recently released titled, ‘International Parental Child Abduction: Crisis In America’, our study’s findings demonstrated unequivocally an increased threat of abduction due to many tangible factors including economic hardship and increases in immigration population to our country. Child abduction prevention laws in all states are critical, and I was happy to play my role alongside the fine lawmakers in the state and one of our nation’s great child advocates, Carolyn Ann Vlk.”

Carolyn Ann Vlk, the author of the ‘Child Abduction Prevention Act’ stated, “Words cannot express the myriad of emotions I am experiencing at this historical moment in Florida State history. My dream of creating a comprehensive legislation to protect children from abduction is now a reality. My heart is filled with gratitude towards the many people whom have made this moment possible. First and foremost on behalf of the children and families of Florida I would like to express my deepest gratitude to State Representative Darryl E. Rouson, District 55. I first met with Representative Rouson in 2007 and relayed my family’s story and concerns that my child was at risk of being abducted. I shared my insight that our current laws were lacking reliable risk assessment and preventive measures to prevent the unspeakable tragedy of child abduction. Representative Rouson immediately offered to help in any way possible and has been a staunch children's advocate and a driving force leading the way for Florida to set the precedent for other states to follow. Henry Moseley, legislative aide to the Representative has been an invaluable and constant source of information and assistance throughout this entire process. I feel honored to have worked with Senator Eleanor Sobel who was the Senate sponsor of our bill. Senator Sobel has had a long and illustrious political career and her advocacy on behalf of our state’s children was undeniable. Thanks also go out to her legislative aide, Nick Matthews, whose political knowledge and expertise was invaluable in this process. To all the Senators and Representatives who unanimously voted YES on this vital piece of legislation, I thank you.

“And to Governor Charlie Crist, thank you Governor, for recognizing that our children need to be protected and for taking this issue seriously and acting proactively to better protect our precious citizens.

“What began as purely a personal issue and an innate desire to protect my own child morphed into the ‘Florida Child Abduction Prevention Act’. As I researched this issue, I found it difficult to believe that so many children were either at extreme risk of abduction, or worse, had already been abducted. I felt that my advocacy needed to extend beyond making sure my own child was protected and thus I began the writing of this bill.

“I would also like to express my most sincere thanks to author Peter Thomas Senese, a successful chasing parent who has actively and tirelessly advocated along with me. Peter has traveled from Los Angeles to Florida on several occasions, providing important testimony before the State legislators. He substantially raised the bar of awareness and understanding on this issue before our lawmakers, and he raised the profile of how important and significant an issue child abduction really is. Florida resident, Captain William Lake, whose own daughter Mary remains criminally abducted in Japan, also provided invaluable testimony in front of State legislators. And due to Peter Thomas Senese’s assistance, Ken Connelly, who was abducted as a child also provided testimony in front of our policy makers. I also would like to thank my family, for the love and support they have provided throughout this journey, I am forever indebted.

“My greatest desire has been to significantly reduce the number of children that are abducted and I believe that will be achieved through proper risk assessment and the implementation of preventive measures within our family court system. Indeed this is a monumental day for the great State of Florida now that the ‘Child Abduction Prevention Act’ is law.”
Posted by Unknown at mercredi, mai 12, 2010 Links to this post