International Human Trafficking In the U.S. and Canada - How Its Done 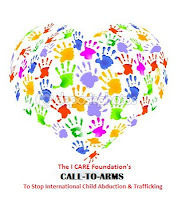 Due to exceptions to the passport requirement, our research has concluded there exists distinct areas of vulnerability at the border for our children.

Fraudulent Documentation
The presentation of fraudulent documents at border points has long existed and is well illustrated in the publication of Western Hemisphere Travel Initiative (WHTI) Land and Sea Final Rule" that was released March 27, 2008 by the Department of Homeland Security. It was reported that CBP officers had intercepted over 129,000 fraudulent documents since January 2005 from individuals trying to cross the border over an approximate 3 ½ year period. This is a substantial number; however, we must ask ourselves how many fraudulent documents were never uncovered and successfully used?
To better demonstrate the severity of this problem we take note of a scenario that occurred several years ago in Texas and was reported by the Department of Immigration and Naturalization Services. A women acting as a lay-midwife was charged and convicted with fraudulently filing and obtaining over 3,400 United States birth certificate claims over a ten year period: almost one American birth certificate a day was fraudulently obtained and sold on the black market over a decade by one woman alone. This individual was one of eleven individuals convicted of filing and obtaining false birth certificates that were sold on the black market in Texas during a federal investigation. Of immense concern to us is that WHTI allows a child to cross international borders by land or sea and in lieu of a passport an original or copy of a birth certificate may be presented.

As noted in language of the Federal Statute above, limitations and exceptions do exist. According to CBP passport exceptions exist when traveling with U.S. or Canadian citizen infants and children. Of grave concern are the deficiencies that could be utilized in the cross border unlawful removal by land or sea of at risk children. If traveling by air everyone, even infants require a passport. However, WHTI allows that U.S. and Canadian citizen children “will not require passports for travel by land or sea when the June 1, 2009 rule goes into effect requiring all land and sea travelers to have a passport. Children under the age of 15 will have a blanket exemption from this requirement – although they will be required to present a copy of a birth certificate and, if not traveling with both parents, a consent letter from the other parent(s).”
We are especially concerned about the ability to falsify travel documentation for children. The capability to easily present travel documentation without another parent's consent or to falsify travel documents for children in cases where a passport is not required appears relatively easy. The fact that simply a birth certificate or worse, a “copy” of a birth certificate and a letter of permission with no documentation to verify its validity, is sufficient to cross international borders is a serious security concern. And although it is also recommended that a parent or guardian possess a letter of consent from the absent parent(s) this may or may not be required or requested. We must also consider that there is no way to verify the validity of a parental consent letter.

These concerns should sound an alarm bell directed at courts presiding over child custody cases where there is concern for potential international parental child abduction. Peter Thomas Senese, the co-writer of this report wrote in Chasing The Cyclone, “I know first-hand of several international parental child abduction cases where a false international travel consent letter was either fraudulently produced or never produced by the other parent in order for that abducting parent to depart from Canada into the United States or from the United States into Canada. The court’s orders were not followed, as is the case with all abducting parents. More troubling is the fact that in each of these cases, none of the necessary consent letters were ever checked by either countries border patrol or immigration agencies. This is absurd, particularly when knowing many of these consent to travel letters were not notarized and not original documents. It must be a requirement on both sides of the border for all land and sea travelers regardless of age to use a passport, which is the policy in place for air travel.”
When we consider the growing rate of international abduction here in the U.S. and abroad, there is a very real concern that our borders are used not only as a final destination for an abducting parent or trafficker, but as the launching point for an abductor to travel to their intended final destination. Although most countries recognize that documentation fraud is a severe concern it is clear that the minimization of travel document requirements needed for a minor to travel across our borders enables would-be abductors to criminally abduct a child. For example, if a would-be abductor traveling by land from the U.S. to Canada has in their possession any child’s original or ‘a copy’ of a birth certificate and a falsified consent to travel letter, they have the capability to internationally abduct any child from the U.S.
Realistically, all a potential abductor may need is a copy of a birth certificate. Although it is recommended that children traveling alone or with one parent posses a consent letter from any absent parents this is not a requirement. In reference to the birth certificate requirement, many parents obtain several copies of a child’s birth certificate: it is not as if you are allowed only one copy such as a U.S. Passport. Unquestionably, if all cross-border travel for children of all ages does not include the much more secure and controllable use of a passport, then abducting parents and human traffickers will still be capable of abducting children.

The required travel document for an infant under age one who is traveling by land or sea between the U.S. and Canada is alarming. The CBP states that “If you have not yet received a birth certificate for a U.S. or Canadian citizen infant, U.S. Customs and Border Protection (CBP) will accept either the birth record issued by the hospital or a letter on hospital letterhead providing details of the birth, including the name of the child, time and place of birth, and parents names. Birth certificates should be used for children over 1 year old.” Once again, the ease of fraudulently creating this type of “document” exists and a child could easily be smuggled across international borders.
For more information, I invite you to read the FULL REPORT
* * *
Peter Thomas Senese is the Founding Director of the I CARE Foundation, a best-selling author, and a child advocate who has reunited numerous abducted children with their families while also playing key roles in the passage of numerous laws that have helped protect children.
Posted by Unknown at jeudi, janvier 10, 2013 Links to this post